In Josvainiai eldership (Kėdainiai district), GATO has started to implement the very first project of such kind, striving to promote the welfare of pets kept in the Lithuanian rural areas. It is planned to provide free veterinary procedures to dogs owned by more than 500 rural residents.

The successfully implemented project will set an example for other regions of the country. It is expected that it will encourage Lithuanian municipalities to apply a strategic approach towards the control of stray animal populations.

During the project, during May-August of this year, the representatives of GATO will carry out educational projects for the residents of Josvainiai, visit dog owners, speak about pet care, provide information on the consequences of dogs being tethered or chained outside, as well as the benefits of neutering, vaccination and microchipping. At the same time, pet keepers will be provided with free neutering, rabies vaccination, and microchipping services for their pets.

During the survey of residents of Kėdainiai district municipality conducted by GATO in December-January, it was established that as many as 51 percent of residents keep their dogs tethered or chained outside. 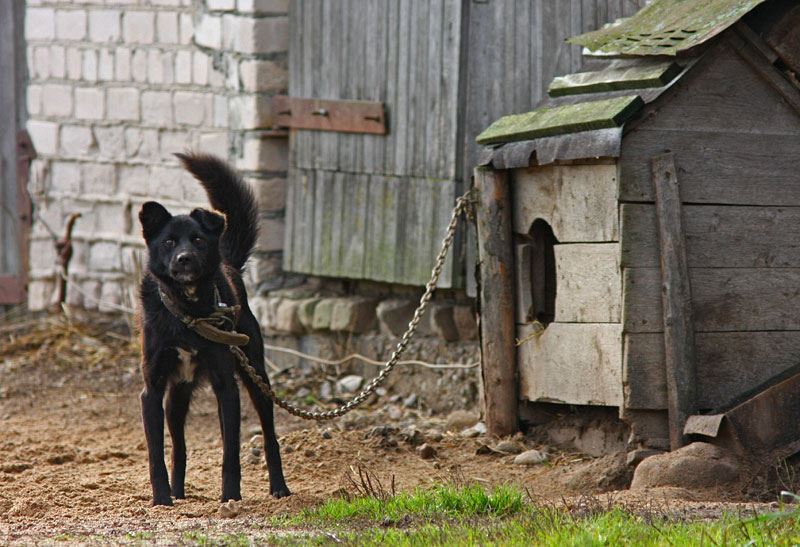 The project organizers will seek to change the culture of pet ownership in the countryside. It is expected that it will also help to reduce the number of pups killed or placed in animal shelters.

In addition, the successful completion of the 4-month project will assess the rural population’s need for mobile veterinary services when a mobile clinic with free or low-cost neutering, vaccination, and microchipping services arrives in the countryside.

The implementation of the project, in addition to the described activities, includes the acquisition of the necessary veterinary equipment, the development of educational material, printing, distribution, and other necessary equipment. The amount of 15-20 euros per animal is required to perform veterinary procedures during the project.

We kindly ask you to contribute financially to the implementation of this pilot project by providing one-time financial support or a 2% personal income tax.

The project in Josvainiai is a part of the GATO project, which has already been implemented in Kėdainiai district municipality for two years. In cooperation with the Animal Welfare Service “Pifas” operating in Kėdainiai and Kėdainiai District Municipality, preventive measures are taken (public education, neutering and microchipping campaigns) until 2021, which aim to significantly reduce the number of stray animals in the area.

After the successful implementation of the project in Josvainiai, the project will be continued in other rural areas.