Donate
I take action Donate
GO’peration #001: the chimpanzee exploited in the circus returned to her tribe
2011 August 30 d.

After a long struggle and effort, on 2011 August 30 the 19-year-old chimpanzee Regina, kept in the basement for six years, was moved to the Stichting AAP primate reserve in the Netherlands. The court finally confiscated the chimpanzee after 7 months of lawsuits over the confiscation of a wild animal, who was kept for many years by its owner, the head of the Ąžuolynas Bear Circus, Nikolai Zobov.

As only one, Regina entered the ĄžuolynasBear Circus, where for almost 11 years she was forced to entertain spectators, take photos with passers-by at the Palanga Bridge, and entertain children during various holidays, thus bringing profit to the circus owner. However, as Regina grew older and began to express her wild instincts, she became dangerous and thus useless for her owner and had since been placed in the basement of the owner’s house. She was kept in a dark, unventilated room for six years without the opportunity to go outside or see natural daylight.

The owner of the circus tried to hide the animal, but after long correspondence and a series of our letters to the state authorities, a response was received that the chimpanzee is kept at home and not exhibited. The authorities did not check the conditions under which the wild animal is kept, but after various efforts and an agreement with the owner’s wife, GATO was able to get in and finally see Regina locked there.

Regina’s living conditions shocked the whole organization – a wild animal that lives in nature in groups with its tribesmen was considered alone alone without the opportunity to go outside. Following the release of images of the chimpanzee’s life, the responsible authorities launched a confiscation procedure.

Throughout the marathon of courts of Regina’s confiscation, the circus owner N. Zobov opposed the surrender of the chimpanzee, claiming that it was the only chimpanzee in Lithuania and that Lithuanian children would be sad when she was taken away.

Help was soon received from the chimpanzee sanctuary in the Netherlands, which offered Regina her care and agreed to come free of charge in her transport, to pick her up and take care of her rehabilitation. 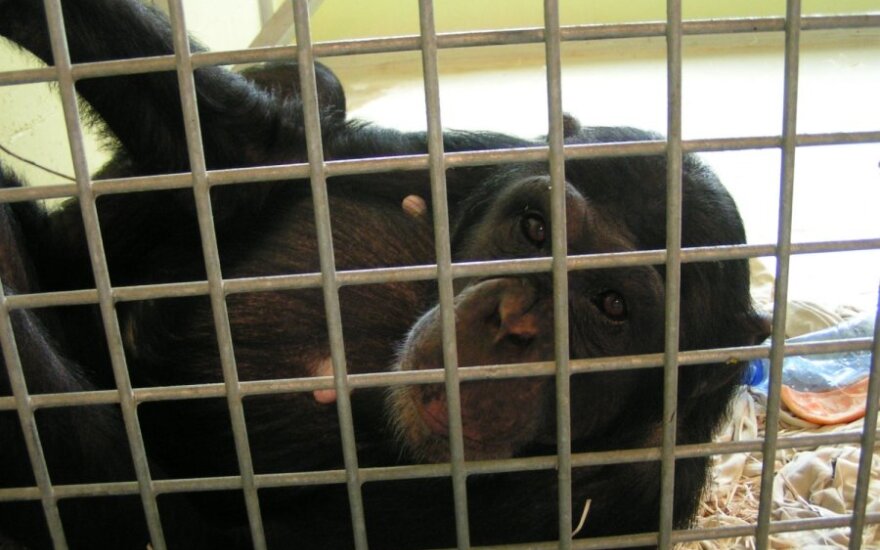 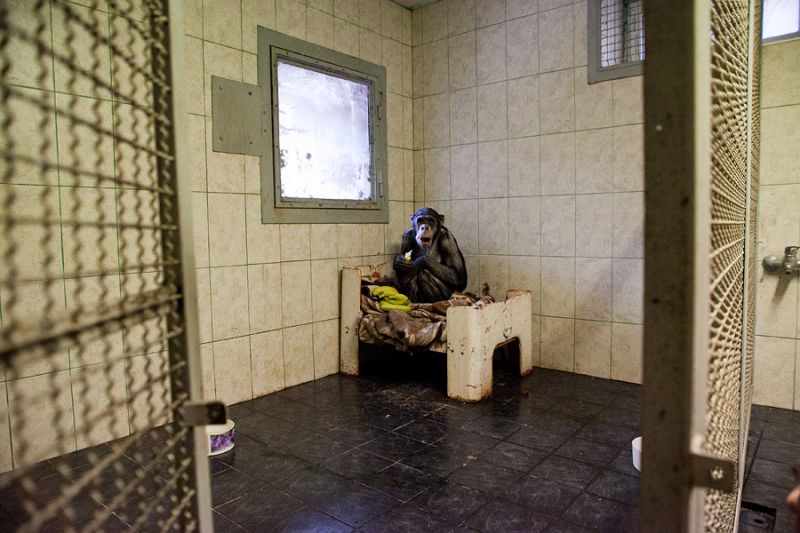 It was originally planned that Regina would be moved to an even larger reserve after rehabilitation at the Dutch reserve, but research by Dutch veterinarians showed that the chimpanzee not only had hepatitis B but was also a carrier of the virus, so it could infect not only its hosts but also children who attended circus performances or took photos with Regina.

Stichting APP reserves said it was impossible to determine when and how Regina became infected with the virus. She could have contracted it as soon as she was born through her mother, or she could have been bitten by other chimpanzees while she was still in Cameroon, where she came from. However, the possibility that the animal may have become infected while already in Lithuania is not ruled out.

Regina has been successfully integrated into a swarm of other chimpanzees, including those with hepatitis, in the Dutch reserve, and is successfully living there. She climbs devices of various heights in her living room, enjoys playing and interacting with staff. Regina often invites her supervisors to join in playing the race, for which she uses up her entire living space. Even more fun, she feels tickled and, with her laughter, cheers up everyone nearby.

“When Regina wants to be tickled, she specifically corrects the playful facial expression and offers us a willow stick. Then she just stands with her head bowed and her hands on it. That means she wants us to tickle her with that wand. After that, of course, she starts laughing, and sometimes she even blows her tummy  – and then she just starts roaring with laughter, ”says one of Regina’s caretakers.