Donate
I take action Donate
The first bear sanctuary is being established in Lithuania
2020 October 19 d.

Due to the difficult situation in Lithuania, when the number of brown bears kept in captivity under poor conditions is increasing, the Ministry of Environment agreed with the subordinate institutions and GATO to establish the first bear sanctuary in Lithuania.

The bear sanctuary, which is being established in Telšiai district, will re-home bears taken from irresponsible owners who keep animals illegally or do not ensure proper veterinary care or general animal welfare.

As many as 13 bears of varying ages are currently being held captive in Lithuania. Of these, the legal acquisition of at least 7 aforementioned animals raises many questions for the authorities. Meanwhile, dangerously poor environmental conditions that the animals are being kept in are detrimental to the physical and mental well-being of the animals. 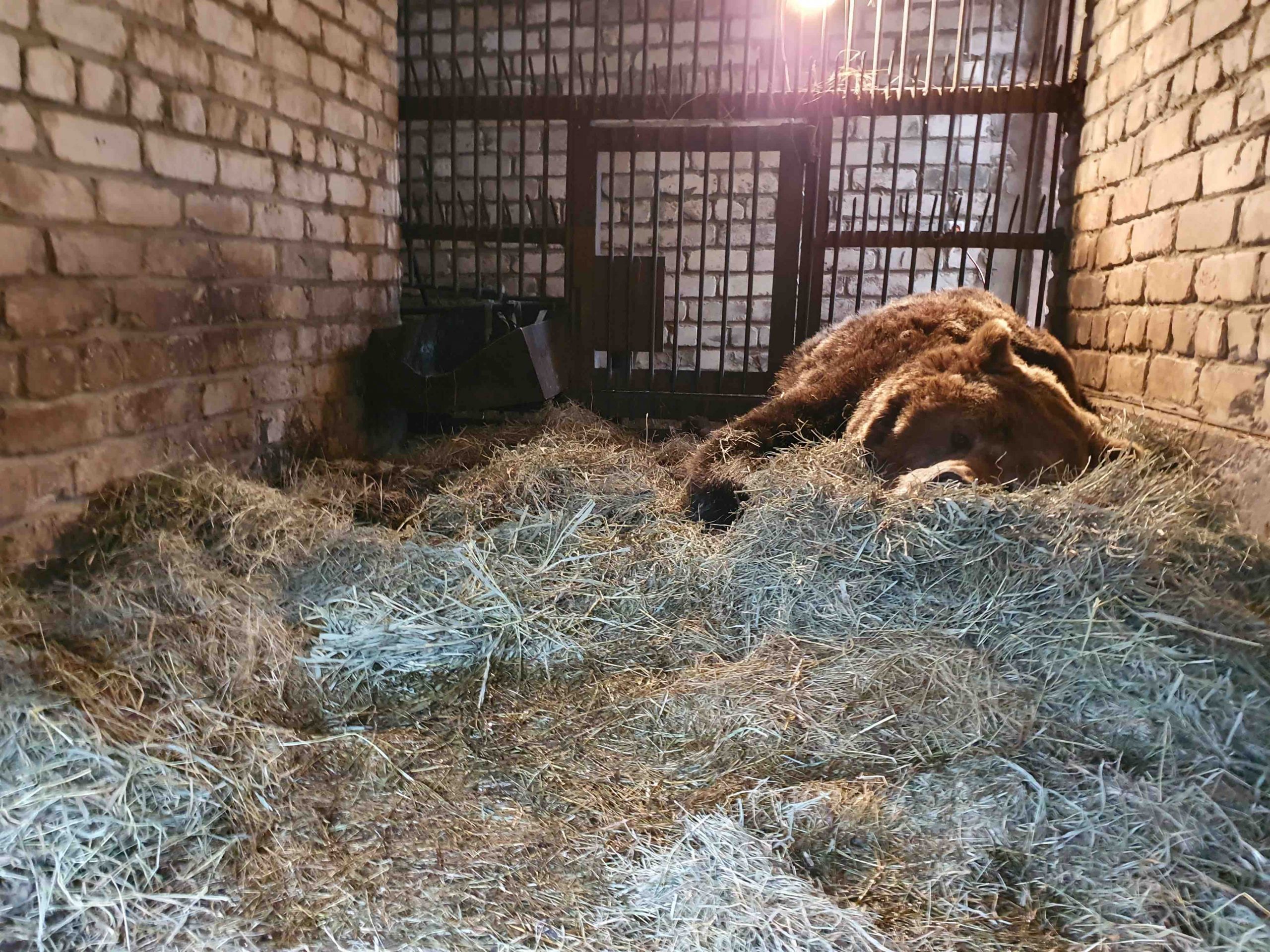 Bears are being kept as a tourist attraction

According to the head of GATO, Brigita Kymantaitė, there is a commonly-known practice in Lithuania that involves purchasing brown bear cubs for commercial purposes by the owners. The bears are later being kept in small concrete cages next to roadside cafés, private zoos, and circuses in order to attract visitors.

“Since their ultimate goal is profit, the owners keep wild animals in extremely poor conditions. Animals are being fed with food waste, meaning that they do not meet their healthy diet requirements, their veterinary care requirements are also being ignored, and they are being kept in dangerously cramped cages,” – said B. Kymantaitė.

However, a couple of months ago, GATO and the state authorities organized a rescue operation of the “Ąžuolyno bear circus” bears (during which the bear Vipas was successfully transferred into a bear sanctuary in Germany). However, the fate of most rest circus” bears remains unknown.

The Ministry of Environment and its subordinate institutions have initiated inspections of bears held in captivity in Lithuania, seeking to establish their identity, verify their legal status, and inspect animal welfare conditions.

An attempt to verify the identity of the bears

On 25th November, for the first time in Lithuania, the Department of Environmental Protection performed an inspection of three brown bears kept in Lithuania, which included the identification of animals at the roadside café “Plugo broliai” in Joniškis district. In order to ensure a high level of veterinary care of these bears, three veterinarians of the international organization “Moon bear rescue”, as well as representatives from the Animal Welfare Center of the Lithuanian University of Health Sciences, the Lithuanian Zoo, and the State Food and Veterinary Service participated in the inspection.

The inspection revealed that all three bears were not marked with microchips, as indicated in the documents issued by the veterinarian. As a result, it is not clear what the origins of these bears are and who their rightful owner is.

Blood samples were also taken from all three bears – from them, specialists will determine whether two of the other bears kept in the circus are the real parents of Vipas like the head of the circus Nikolai Zobov has identified. 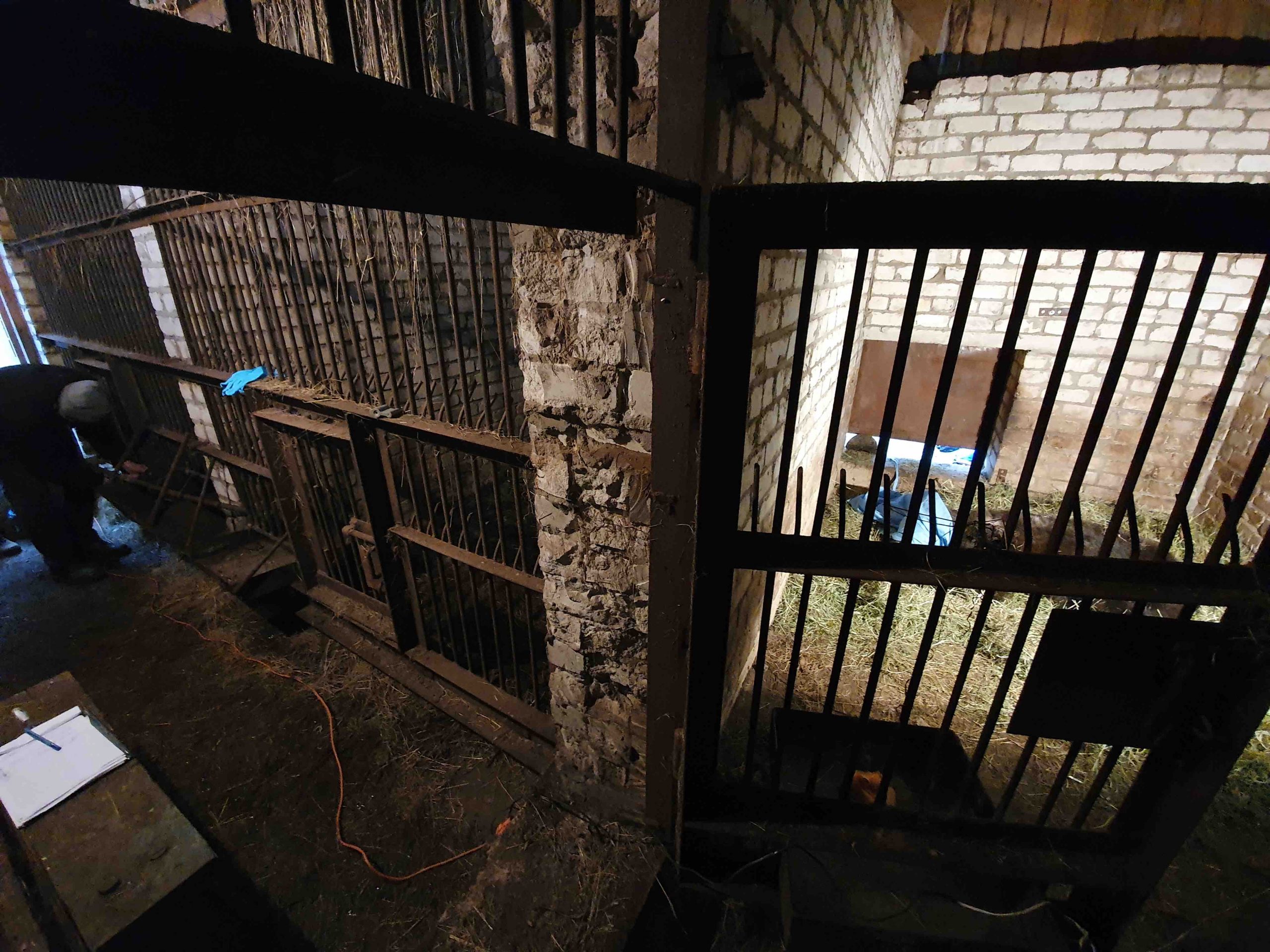 Through the efforts of GATO and international non-governmental organizations, over the past 5 years, as many as 6 bears kept in Lithuania have been moved to sanctuaries in other European countries, where animals are meeting the necessary living conditions and veterinary care that is appropriate for their species.

“However, foreign sanctuaries are already overcrowded and Europe can no longer help us. Lithuanian institutions are investigating specific cases of keeping bears in Lithuania in violation of the law and have the right to confiscate animals by law, but we have to find where to move them, ” said B. Kymantaitė, the head of GATO.

Asks for financial support to help establish the sanctuary

In search of solutions for the relocation of bears, the Ministry of Environment, State Forest Enterprise, and GATO seek to establish the first bear reserve in Lithuania in Telšiai district, reorganizing part of the existing “Žvėrinčius” park and creating appropriate infrastructure there. The sanctuary will also become a significant place for the public and children’s education.

In the first half of next year, it is planned to prepare a technical project plan and obtain building permits. For this, the very first step of the project, it is necessary to collect 11 thousand euros.

“We have to collect these 11 thousand euros by ourselves by asking the support of Lithuanian business and society to help establish the first bear sanctuary in the country, ”said B. Kymantaitė, the head of GATO.

You can contribute to the project by transferring funds to GATO’s Paypal account: info@gyvunuapsauga.lt

After the implementation of the first part of the project, construction is planned to take part in the second half of next year. The funds – 120 thousand euros – will be collected together with the support of foreign organizations.

Upon successful completion of the project in 2021 the reserve could already start rehoming bears that get confiscated from owners who break the law and do not ensure animal welfare conditions.