2020 marks a crucial milestone in Lithuania’s wild animal protection history—on September 24th, the country has become the 19th state in the European Union to impose restrictions on wild animal use in circuses. Brigita Kymantaitė, the founder of Animal protection and advocacy Organization of Lithuania (GATO) states that the organization’s 10-year efforts to fight wildlife exploitation will further be placed on its newest manifesto commitments—released in September, the public declaration is focused on animal captivity conditions in Lithuanian zoos and the need to strengthen public education about animal exploitation.

During 10 years of dedicated work to end wildlife exploitation in Lithuania, GATO has already achieved several milestones—the organization has put an end to 30 years of wild animal abuse at local “Ąžuolynas Bear Circus,” and up to this day actively relocates exploited wild animals to sanctuaries in other countries.

Last month marked yet another important achievement—the newest amendment of the country’s Wildlife Act now fully cancels the possibility for circuses to use animals for human entertainment. The law enters into force on November 1, 2021.

The Wildlife Act amendment, however, at the moment does not forbid the use of wild animals in zoos and Lithuania’s dolphinarium. Thus as a further response, GATO has begun activities to stop the common practice of exploitation of wild animals for entertainment in these institutions too.

Established in 2010, the organization made its first job to rescue a chimpanzee that had been held captive in the basement of “Ąžuolynas Bear Circus” for over 6 years. After 7 months of legal procedures, Regina, a 19-year-old chimpanzee, was finally moved to the “AAP” shelter in the Netherlands. 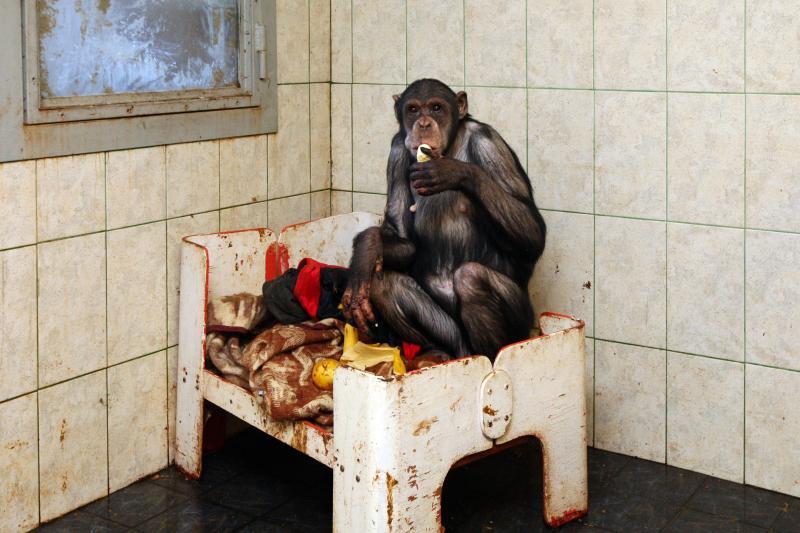 “Ten years ago we set a firm goal to legally ban the exploitation of wild animals in circuses, zoos, and roadside cafes. We have made it clear that Lithuania cannot consider itself as a civilized country until the demand for wildlife use in entertainment ends,” says Kymantaitė, the founder of GATO. “When wild animals are presented as objects of amusement, it highly affects the society’s attitude towards the conservation of wildlife in its natural habitat. The notion that these are also living beings with their own natural purpose and behavior get easily distorted and exploitation is accepted as the norm.” 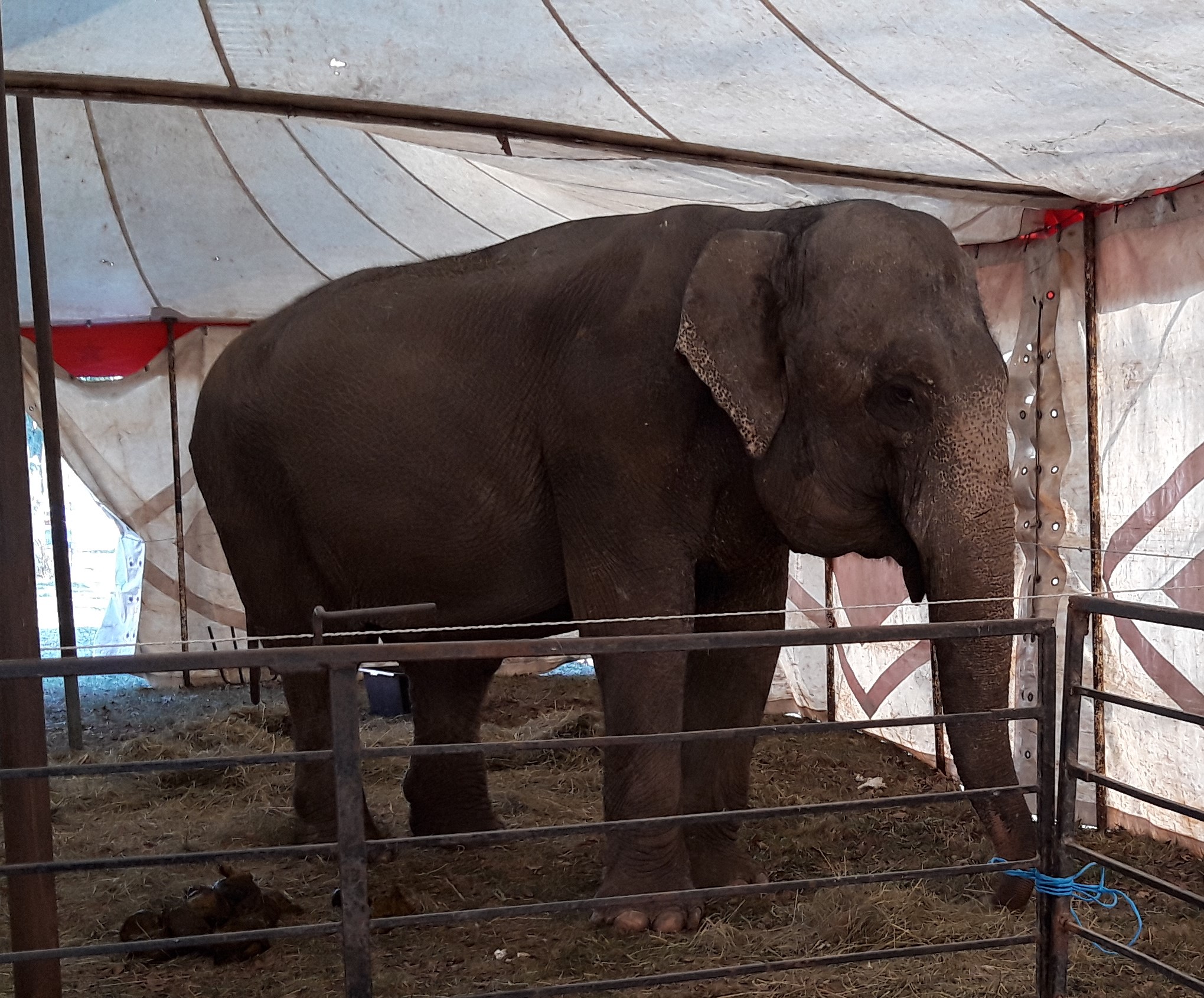 The current law amendment introduced a concept of a circus, defining it as a traveling exhibition or fair that includes one
or more animals (according to the European Commission Regulation no. 1739/2005). But wild animals still can be used for performance only in places where they are kept and bred permanently and thus do not change their location on a regular basis. Educational traveling exhibitions will remain an exception if they are in line with the state-regulated animal safety.

“Although the updated law definition leaves space for exceptions, we do feel confident that Lithuania will at least no longer have any circus performances with wild animals involved. GATO organization has already managed to put a stop to one of the oldest local animal circuses, “Ąžuolynas Bear Circus,” and just recently we have relocated the last wild animal from this circus—brown bear named Vipas—to the bear reserve “Gnadenhof für Bären” in Germany,” says Kymantaitė. “There are no more local circuses in the country operating under the same principles, and due to the newest law amendments, such institutions will no longer be able legally to acquire wild animal species, wich is commonly are used by circuses”

Wild animal use in entertainment is not only a sensitive animal welfare issue but also an important concern for public safety. Wild animals are unpredictable, so being in their unnatural environment can inflict danger on both, the animal itself and the visitors seeking entertainment. Following the newest analysis, over the last 22 years in the European circus industry, more than 300 dangerous incidents that involved a wild animal have been recorded, more than 80 people were injured and 11 were killed.

According to Kymantaitė, the consequences of wildlife in entertainment have been seen in Lithuania more than once—one of such incidents occurred in 2008 when a wild bear escaped the “Ąžuolynas Bear Circus” and seriously injured the zoo caretaker. The aggressive animal severely injured the woman’s scalp, tearing off part of its hair and skin, and left deep wounds on her hands. Just a few months ago, a tiger held captive in the “Zoopark” at Kalvarijos municipality bit a woman’s finger off.

“In order to ensure the safety of both wild animals and the public, we have devoted all our time, resources, and financing to gather valid information and evidence about illegal circus activities and the harm they cause to animals. This has allowed us to organize meetings with representatives of the Parliament of Lithuania as well as other responsible institutions, also to carry out initiatives to confiscate the animals from circuses and safely relocate them to the dedicated reserves. We have felt the support of the public all this time, therefore we believe that further invitation to sign a manifesto against the exploitation of wild animals in zoos will help to successfully achieve our next goals,” says Kymantaitė. 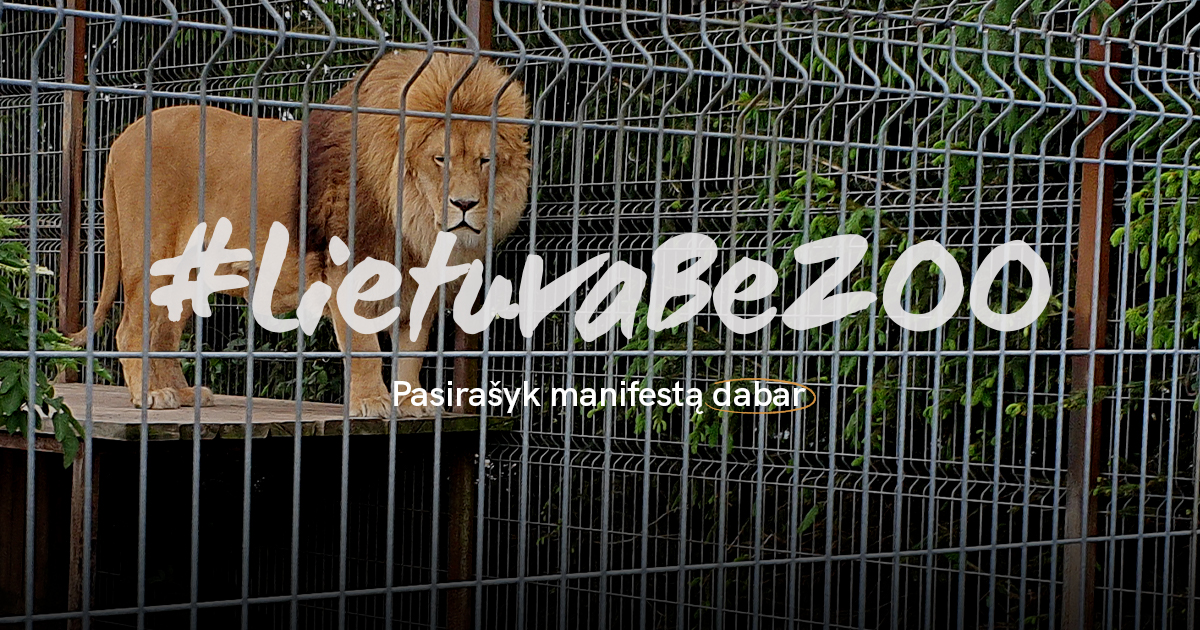 In response to the rapid growth of wild animals held in captivity in Lithuania, GATO has published the manifesto LithuaniaWithoutZOO to prevent the exploitation of wildlife for entertainment in zoos and demand a clear national wildlife protection strategy. The manifesto points out an outdated zoo model in the country and encourages to replace it with national animal reserves, giving priority to the conservation of Lithuania’s own endangered fauna.