Donate
I take action Donate
Call for the improvement of conditions of wild animals held in captivity
2017 January 4 d.

As the public worries about the poor conditions of wild animals kept in zoos, the Ministry of Environment is asked to review the current minimum requirements for keeping wild animals in captivity.

GATO has asked the Ministry of Environment to take into account the practices of advanced countries, the needs of individual wildlife species, and to set much higher standards for the conditions of wild animals held in captivity.

GATO constantly receives reports of public concern from residents regarding the conditions of keeping animals at “Klaipeda zoologijos sodas”, the Lithuanian Zoo operating in Kaunas, and other commercial places for keeping wild animals.

“The current requirements for keeping wild animals in captivity do not guarantee animal welfare, and many years of inspections by the authorities under the Ministry of the Environment have not yielded any positive results in improving the conditions under which animals are kept. The 15-year-old unchanged captivity standards create favorable conditions for the acquisition, breeding, and exploitation of wild animals by exhibiting them in poor housing conditions and earning money from visitors, but it does not take into account the welfare of the kept animals and their natural needs,” says Brigita Kymantaitė, the head of GATO.

As an example, B. Kymantaitė presents the improper conditions of wolves and a newly housed bear in the territory of Antanas and Daina Bosas Hotel “Gamtos Perlas” in Karklė. 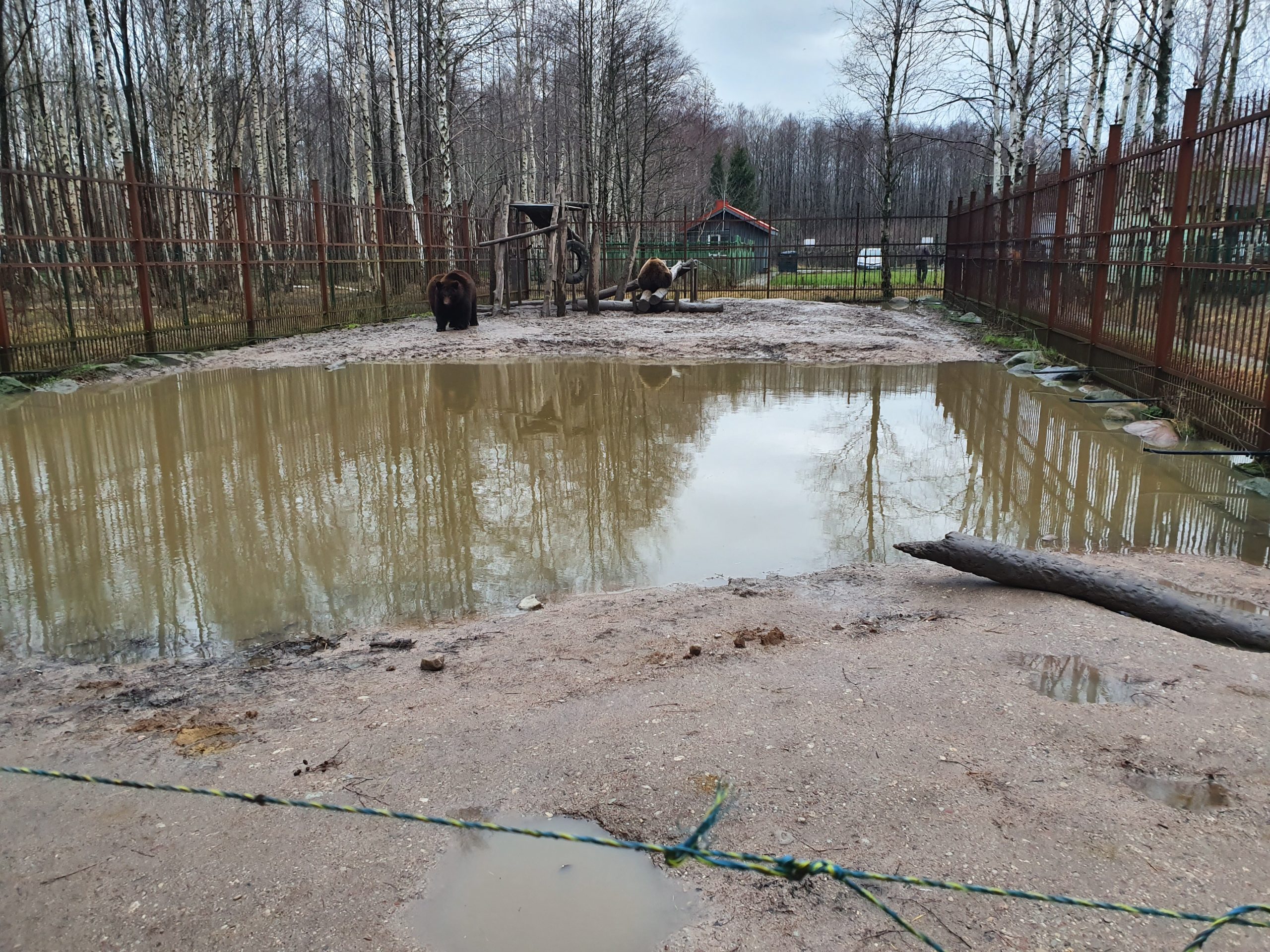 The previous bear kept by the Bosas, named Laima, was confiscated back in 2014 due to poor keeping conditions. In August Laima was transferred into a bear sanctuary in Germany, where she lives in a 1-hectare fenced forest area with a water pond. It took almost two years for the staff of the reserve to rehabilitate the bear, which had lived in poor conditions for about twenty years, and to learn to use the larger environment, pond, and get used to appropriate food.

Last year, however, the Bosas housed another bear in a former Laima’s enclosure without improving its conditions at all. According to the hotel website, visiting an animal here costs 2 euros for an adult.

Bear Laima has already been taken to a sanctuary. However, there is now a new bear caged in a tiny cell in order to bring profit. You can see Laima’s former enclosure in the video below.