Vipas, a former circus bear that was confiscated from Nikolai Zobov and taken to the Lithuanian Zoo almost a week ago, today was successfully transferred into a bear sanctuary in Germany for further care. Vipas is scheduled to reach the Gnadenhof für Bären wildlife sanctuary on the evening of 19th June.

The non-governmental organization GATO has used international partners to transport the bear. On the eve, two drivers with special transport and three veterinarians arrived in Lithuania, who took care that Vipas was prepared for a safe trip to Germany.

According to the head of GATO, Brigita Kymantaitė, Vipas, who had been used for circus performances for many years, was forced to live in a metal transporting cage of just a few square meters in a car trailer. “That is why we feel a great relief to finally release Vipas to a new home that provides suitable conditions for his species. The previous stage of poor bear’s life is finally over. Now Vipas has access to a lot of green spaces, forest areas, a pond, a diet that is appropriate to bears and professional veterinary care, ” she gladly said. 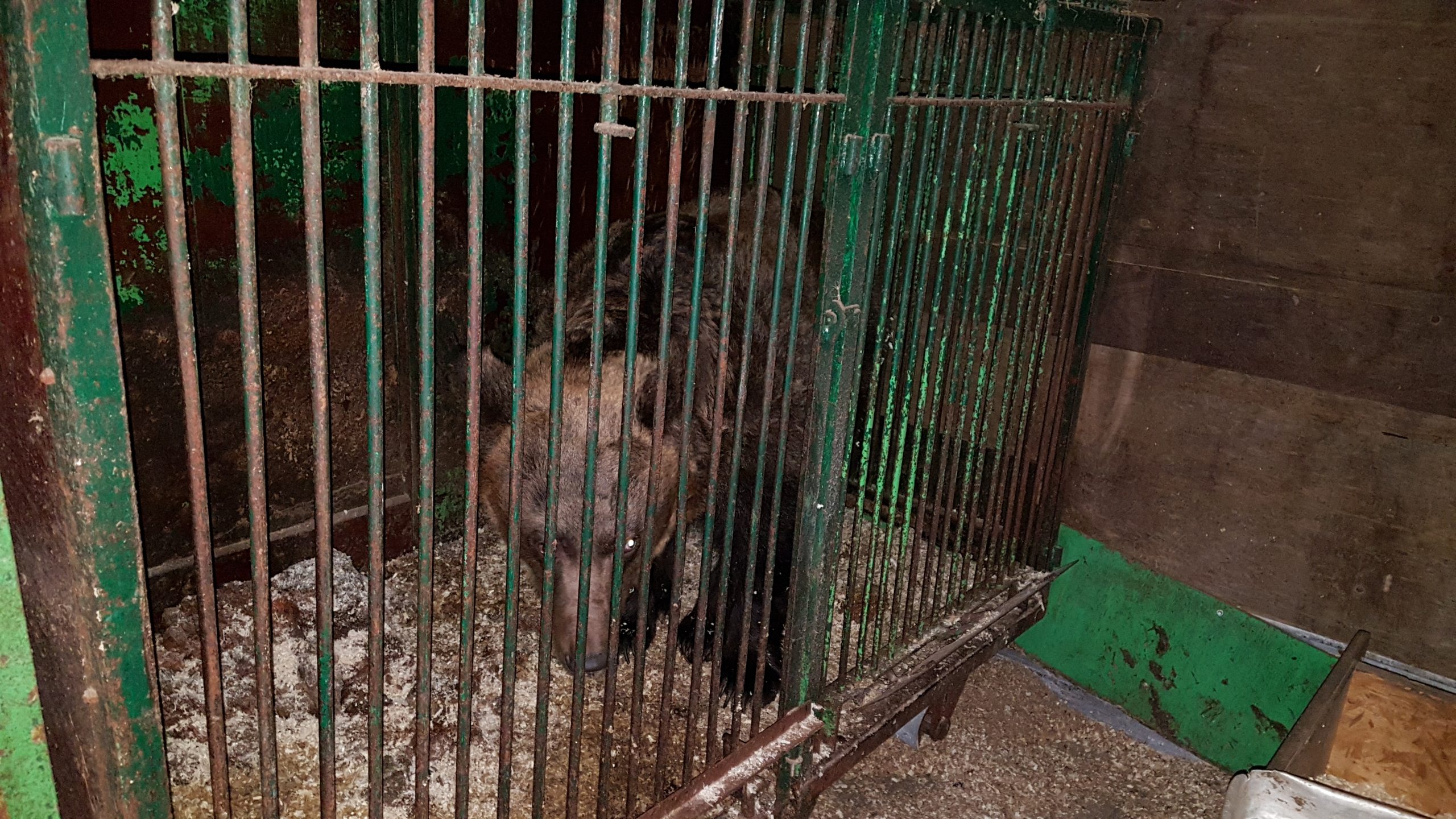 During the first 4-6 weeks at the Gnadenhof für Bären sanctuary, Vipas will be staying in an individual enclosure. During that time, veterinarians will conduct a thorough veterinary examination of the bear, meanwhile supervisors will monitor the bear’s behavior and carefully assess the stages of socialization required for Vipas to successfully integrate into the sanctuary’s environment.

Sanctuary’s specialists will strive for Vipas to gradually adapt to the new environment, learn to swim and use the pond and break the learned stereotypical behavior – the mental disorder of the animal caused by the poor circumstances of the previous life.
During the observation period of the animal it will be assessed which bears that are already living in the sanctuary would be safe to introduce to Vipas. After all the necessary assessments, Vipas will be moved to a large fenced wooded area with special caves for winter sleep as well as water ponds.

Laima the bear who was also transferred from Lithuania already lives in the German sanctuary to which Vipas is currently traveling. In 2014, GATO and international partners worked together and finally, Laima was rescued from the horrendous cage, in which she was kept as a tourist attraction at the Hotel in Karklė “Gamtos perlas”, Lithuania.

Vipas is the 6th bear already, which GATO and its international partners have transferred from poor conditions in Lithuania to sanctuaries all across the Europe. Despite these efforts, there still are places in Lithuania where bears are kept in dangerously poor conditions that violate not only animal protection rights but also the law.

Due to the constant shortage of places in European sanctuaries, GATO invited the Ministry of Environment earlier this year to cooperate and establish a bear sanctuary in Lithuania, so that the authorities have an opportunity to help suffering wild animals as soon as possible without waiting for a place to transfer them to in another European country. 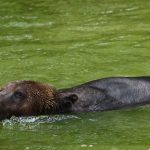 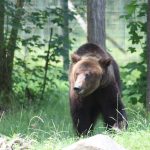 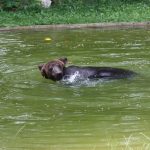 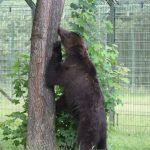 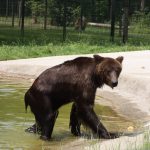 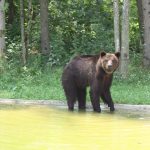 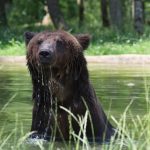 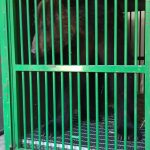 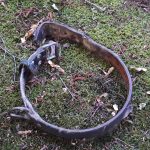 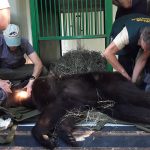 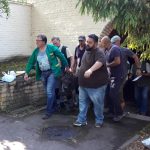 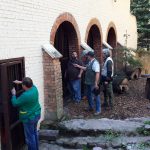 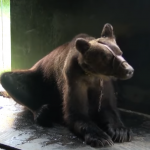 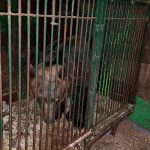